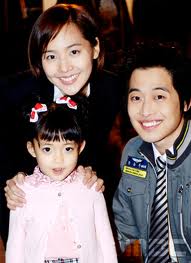 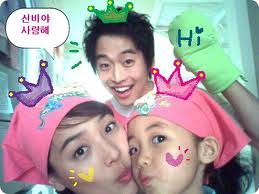 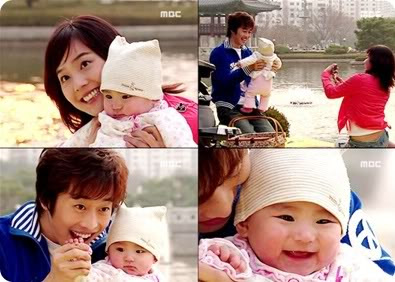 Posted by Unknown at 7:36 PM No comments: Links to this post


"FIRST LOVE" A lovestory of a young man played by Kim Jae Won, two girls fall inlove with him at the same time, and by chance happened to be a twin sisters seperated since birth because their father wanted to have a son and their mother secretly decided to exchange one of them to her friend son.
In a series of events Jang Cheng (Kim Jae Won) meet Xu Ailian (Nui Meng Meng) when he accidentally bump into her and spilled all the milk that she need to deliver. Xu Ailian ask him to pay as compensation but he didn't bring money with him, he promise to pay when they meet again. Everyday Xu Ailian waited for him for the payment but he didn't show up because he always come after she left. One day, while Jang Cheng want to avoid the people who after him, he meet Xu Ailian on the train again and kiss her to avoid being notice. When Jang reach Beijing to study, Xu Ailian also went to Beijing to look for her younger sister who run away from home. They found themselves surprised when they found out that they are in the same school. Eventually they became close and admire each other day after day. On the other hand, another girl named Lee Jian also like Jang Cheng and hated Xu Ailian for being close to him. While Gee Long , Lee Gian brother is also having a crush in Xu Ailian that makes Jang Cheng jealous and uncomfortable.
Jang Cheng was aware that Xu Ailian like him so he leave a note to tell her that he doesn't like any guy get close to her or touch her hand. Xu Ailian is happy to know that Jang Cheng have a feelings for her and tried not to get to close to Gee Long.
Jang Cheng received a news about his father who lives in the states and he needs to meet him. He promise Xu Ailian that he will be back for her and she's the only girl he want to love all his life. As a sign of their love, Jang Cheng give her a ring which paired to the ring that he was wearing.
On the way to the airport, Jang Cheng get into an accident that cause him to lost his memory including Xu Ailian. 6 years later they meet again as a stranger. Xu Ailian feels that he was Jang Cheng but can't confirm it because his grandfather change his name after the accident.
Meanwhile, Lee Gian is working at the same company with Jang Cheng , knowing that Jang Cheng lost his memory, she took advantage and tried all means to get close to him.
Posted by Unknown at 8:43 PM No comments: Links to this post