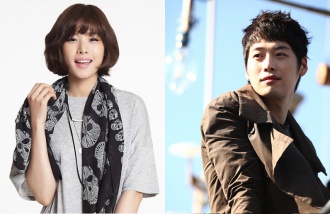 Story : 하은중 Ha Eun Joong (Kim Jae Won) was kidnapped in an act of revenge when he was really young by the man who believed that Eun Joong's real father was the mastermind behind the collapsed building incident that killed his son. Eun Joong who grew up to be a policeman, was shocked to find out the truth that the father he loved so much was actually his kidnapper. His life began to get entwined with 우아미 Woo Ah Mi (Jo Yun Hee), a 26 year old single mom as he seeks out the meaning of life after encountering numerous despairs and tries to heal the wounds in his heart.

Follow all latest news updates at "SCANDAL" English News Blog
Posted by Unknown at 12:36 PM No comments: Links to this post