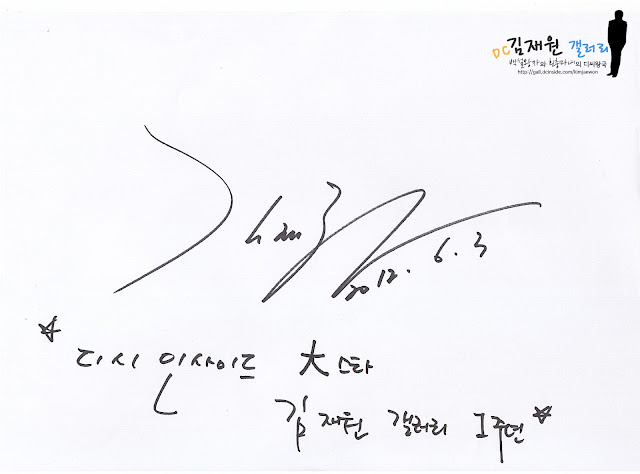 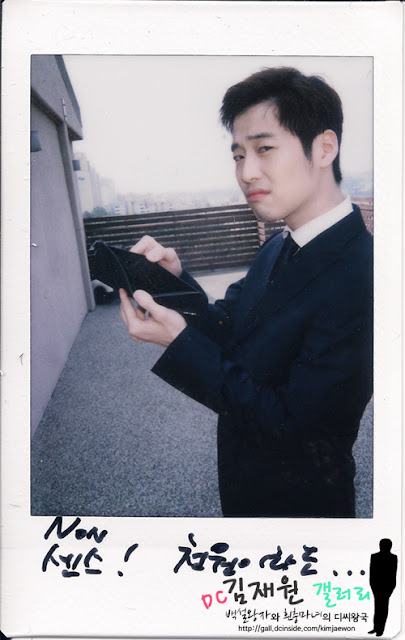 The wallet was a gift from fans, members of DC Inside Kim Jae Won Gallery. It was a custom in Korea to put money in the wallet if you are giving it as a present, unfortunately, they became so excited and forget about the customary procedure.


Will, Kim Jae Won doesn't really mind it,  he appreciates every single effort they made for him. He knows very well that they loves him and always support him for everything he does.

In the next photo,
Kim Jae Won holding a gift box from fans... :) 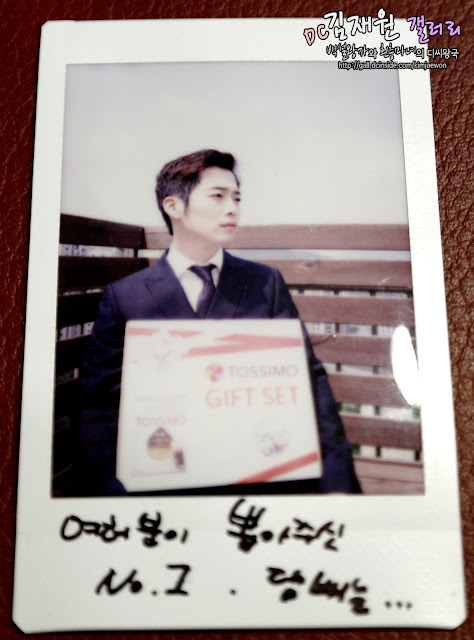 Look like the "PRINCE" of Kim Jae Won Fans Club was caught taking a nap... hmmmm... should i sing for you oppa? :) 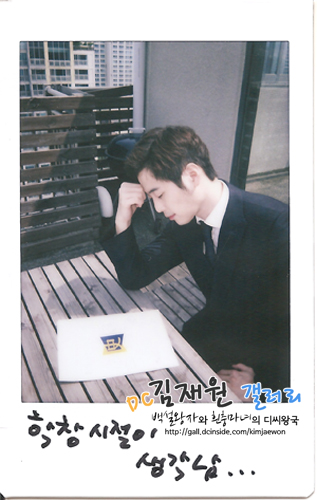 Opppssss... sorry, Kim Jae Won is not taking a nap. He was actually thinking. As a part of DC Inside Kim Jae Won Gallery Foundation Anniversary, he was given an exam about all the activities he did for the whole year.  I guess it wasn't so easy, just the way how he look in the photo, :) he was is deep thoughts. I hope he made a perfect score.


He wrote on the photo, "This reminds me of my school days".


Source:http://gall.dcinside.com/list.php?id=kimjaewon&no=278571&page=1&recommend=1&recommend=1&bbs=
Posted by Unknown at 5:50 PM 2 comments: Links to this post Hello I'm Kim Jae Won:
I'm sorry  for making you all worried,
I am fine and better now,
Thanks to everyone that concern about me. 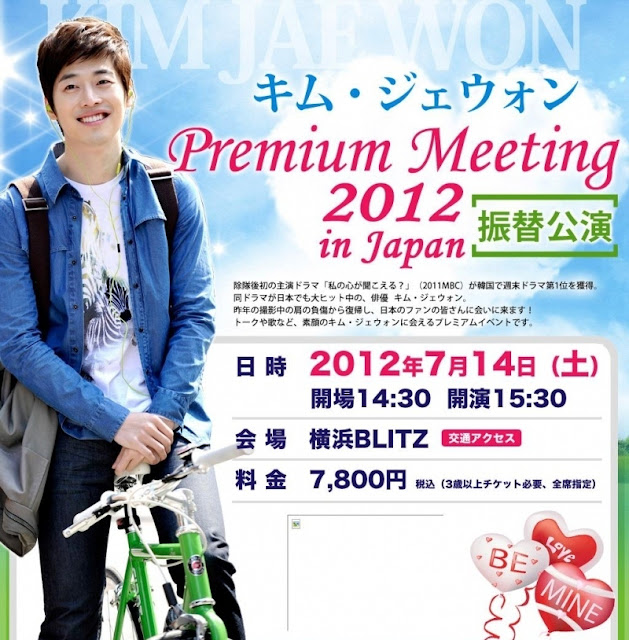 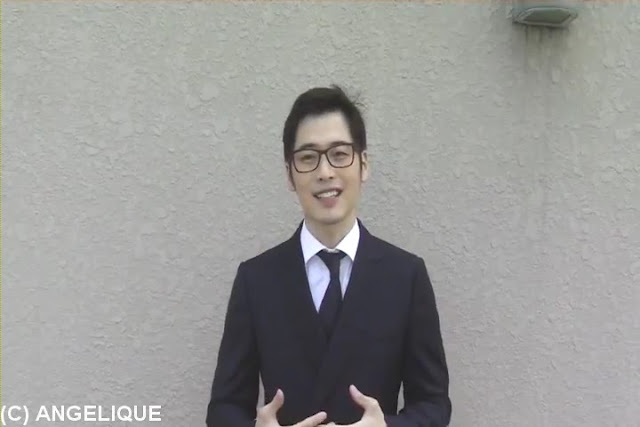 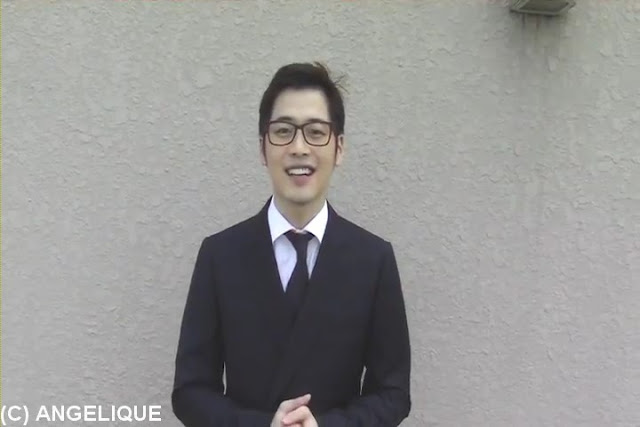 Posted by Unknown at 10:56 PM No comments: Links to this post